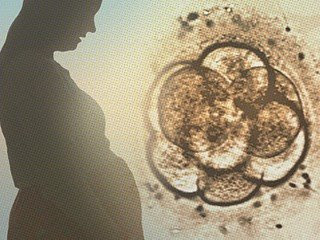 If you happen to be a woman with £1,500 - £2,500 laying around and considering in-vitro fertilization, then you may check out this nifty new test. It's an embryonic genetic test called "Karyomapping," and it tests for over 15,000 genetic conditions, including Huntington's, cystic fibrosis, and some types of autism, metal retardation, and cancer. This method is also quicker than existing methods of genetic testing.
And that's not all folks! It also counts the number of chromosomes in embryos, which will help increase chances of impregnation, as well as cutting chances of miscarriage.

Being a Medical Technologist major, and a incurable lab geek, I have to admit that the news of this test excited me. I hope to see this test in the States soon ^_^

However, the tests is not without it's opponents. Some decry the test, saying the helpless embryos will be destroyed because they are not perfect enough, will encourage designer babies, or "savior babies," which are children genetically designed to be a match to a sick sibling. Jodi Picoult wrote a beautiful work of fiction about a girl who was designed to be a genetic match to her sick older sister. (This book, "My Sister's Keeper," is now a movie starring Cameron Diez). While ethics should not be ignored, I hope scientists will push for this test to become mainstream, giving hope to mothers choosing in-vitro.

Enjoy the science at: